The Ferries Community Board (Clyde and Hebrides) is looking for new members to become voices for people who live in the areas served by ferry operator CalMac.

Members represent communities across the network and act to influence strategic issues such as the building of new vessels, infrastructure, resources and accountability.

Key achievements since the Board was formed in 2017 include the successful lobbying of the Scottish Government to release more funds for a new ticketing system. It has also been instrumental in bringing in service improvements such as the new mobile maintenance team brought in to improve fleet resilience.

Members meet four times a year and have an open dialogue with the Transport Minister, Transport Scotland and Caledonian Maritime Assets Limited (CMAL). They are regularly consulted on national transport strategies.

Having a Tiree representative on this group could be a real benefit for us in ensuring Tiree’s voice is heard on the particular issues we face and needs of our community, and could be supported by TCC and the Tiree Transport Forum.

A meeting took place of the Tiree Transport Forum on Jan 17th 2020, the minutes for which are linked below. Key items for discussion included the coming Link Span replacement and wider ferry issues, and scheduling of flights: 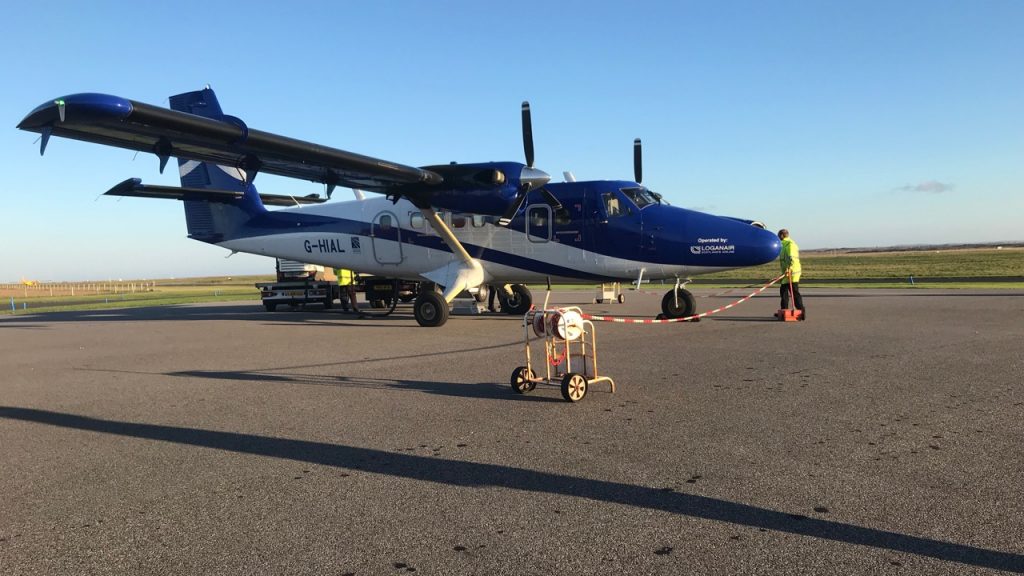 The contract to operate the Scottish Government-supported flights to and from Barra, Tiree and Campbeltown has been awarded to Loganair.

The new contract, which will run from the 25th October and for the next four years, is worth around £21m.

The routes from Glasgow to the three airports will be operated using HIAL’s Twin Otter DHC6-400 planes.

The service improvements that were announced earlier this year have been built into the new contract.

“I’m very pleased to award the contract to operate these vital air links for the next four years to Loganair.

“We have listened to local communities to find out what we could do better and the improvements we announced earlier this year have been built into this new contract to make sure we are supporting them.

“These flights transport people, goods and services, playing a crucial role for service industries and ensuring that residents have access to specialist healthcare. They also enable visitors to reach the islands easily, boosting local tourism.

“I congratulate Loganair on winning this contract and l look forward to seeing these enhanced services bring benefits to the communities they serve.”

“I’m delighted that Loganair has been selected as the operator to maintain these vital air services, continuing our record of service to the three communities which first began in 1974.

“The award of this new contract represents a vote of confidence in the Loganair team to maintain these lifeline links for a further four years, and we will do all that we can to ensure that confidence is upheld.”

The same modus operandi will apply next year to the Tiree linkspan replacement .

The heavy lift operation, putting the linkspan in place ,can take place in wind conditions up to Beaufort 5,  although sea conditions  and other issues will dictate when the the BIG LIFT actually takes place.

It only needs a narrow weather window to put the l/span in place.The ancillary works take most of the time-span.

CMAL have factored in a 10 day contingency margin , based on 10 year historical weather data  which explains  CMAL’s confidence in the Tiree project not exceeding  the current 24 Feb-16 Mar  ‘outage period’.

She also will off the Tiree service from 9th Mar through to 24th March covering another route whilst its ferry is in DD. This also co-incides with part of the l/span replacement period (24 Feb-17Mar 2020)

CalMac ,as yet , has not advised the proposed Tiree replacement ferry for both periods.

The Tiree linkspan will be out of service from Monday 24th February 2020 and will be back in service on Tuesday 17th March 2020.

During this period Tiree will be restricted to a passenger only ferry service . Freight will be carried on a freight -only service from Oban . CalMac propose a Tiree meeting ,after the summer, to discuss the freight service modus operandi.

TCC along with TTF met Robbie Drummond CEO of CalMac  on Wed 19th June to discuss the issues raised in TCC’s  submission to the CalMac Community Board  viz a viz unreliability.

This co-incided with other island ferry groups making similar submissions, as  a consequence of which  CalMac had decided to embark on this  road-show presentation

The reason given was ‘ increased frequency of inclement weather ‘

Calmac’s presentation was buttressed by several factors, one of which  was the increased threat of the criminalisation  of seafarers. This requires further scrutiny .

We will keep you informed

We are all aware one of the Clansman’s engines went on fire last  Sunday, enroute to Tiree, and she had to return  to Oban for repairs

She has been out of service since, and on current prospects Wed 5th June will be the earliest  we can expect her to return into service
TCC has chastised CalMac for lack of ,and  sometimes conflicting information ,also  wishful thinking re her return to service.
CalMac has now offered this more detailed information :-
++
You may be aware that last Sunday (26th) the MV Clansman suffered a significant failure of the Starboard main engine, and that she has been out of service since while work has been going on to investigate the cause and carry out repairs.
Given the seriousness of the failure, it was considered prudent to check other parts of the engine to see if remedial action was required elsewhere, to avoid further issues, and possible disruption in the future, especially as we move towards the very busy summer months.
Regrettably these investigations have identified the need for additional work, ( a number of engine liners have found to be damaged)  and, as a consequence, the MV Clansman is not expected to return to service, subject to successful sea trials, until Wednesday 5th June.
In the meantime we have put in place a plan to redeploy some vessels and operate amended timetables across a number of routes which ensure all lifeline services are being maintained.
Details can be found on our website at www.calmac.co.uk, but the key elements are:
• The return Oban-Colonsay sailings on Sunday ( June 2)are cancelled and Monday’s (June 3) service will operate from Kennacraig. This is to allow shipment of essential fuel for generators on the island.
• Some sailings on the Ardrossan-Brodick route will be cancelled on Monday and Tuesday. (June 3 & 4)
• Next week’s Lochboisdale-Mallaig services will operate to/from Oban until the MV Clansman returns to service.
We apologise for any inconvenience caused, but trust that everyone will recognise that taking steps to minimise the possibility of a future breakdown at a busy time of year, is the prudent thing to do. 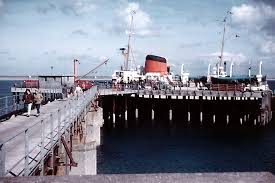 CMAL  project manager for the Tiree Old Pierhead repair works (Ruairidh Campbell) is going to hold a drop-in session at the Tiree ferry terminal next Wednesday (15th May) between 2pm and 4pm.  He will be accompanied by CalMac, CMAL’s consultant (Mott MacDonald) and CMAL’s contractor (George Leslie).

The intention of the session is to give people the opportunity to meet the team that will be working on the project and to look at the detail of the works that will be undertaken on site in Tiree.

Details of proposed work can be seen on: 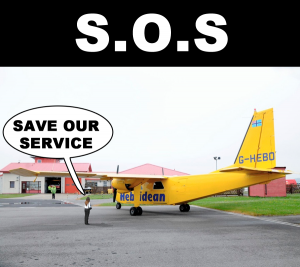 A&BC made this announcement Fri 4th May

The subsidised air services from Oban to Coll, Colonsay and Tiree will continue after Argyll and Bute Council  agreed an interim contract with Hebridean Air.

Hebridean Air will continue to operate the flights from 16 May, while the council now undertakes the evaluation stage of the procurement process for a new four-year contract. The deadline for tenders being submitted for the second round of procurement passed on 2 May.

There had been concerns that services would be interrupted by strict funding legislation after an initial procurement process for the four-year contract failed to attract an acceptable bid.

However, council officers and staff at Hebridean Air worked hard behind the scenes to prevent that scenario, and we are pleased to be able to confirm that there will be no such interruption.

An update on the four-year contract will be provided in due course, once the outcome of the second procurement process has been fully assessed.

The interim service offers an amended number of flights, although flights for school pupils travelling to Oban have been secured as a priority.

Details on Hebridean Air’s current and interim services can be found here: http://bookhebridean.co.uk

Transport Scotland  has launched the tender exercise for the next contract period .

The main specification for the Tiree service is below.

5  The price of a single ticket for travel on the route must not exceed £70 (including any airport charges but excluding any relevant Government tax) for the period 25 October 2019 to 24 October 2020.  The maximum fare shall increase by £1 from 25 October in each subsequent year of the contract.

6 The Designated Service must be pro-actively advertised in order to maximise use.  Advertising activity should be focused on non-residents of Tiree.  Promotional activity, particularly in the off season, is encouraged.  Any special promotions should be targeted at both residents and non-residents.