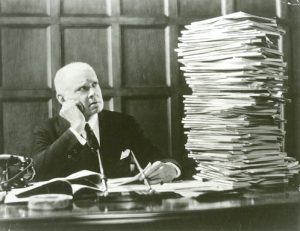 This page lists Submissions and Reports made in 2018-2019

This  Submissions page is under construction, and  may be modified as the current TCC’s workload evolves. 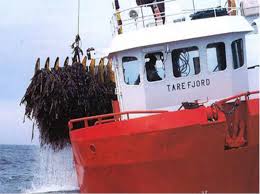 A company called MBL has lodged a Scoping Request with Marine Scotland Licencing ( MS-Lot) to ‘harvest ‘ seaweed from WC Scotland prior to applying for a licence to do so. Subject to licence approval, MBL’s  intention is to build a processing plant in Mallaig,  to process, ultimately approx 36,000 ton /pa.

MS-Lot’s protocol after receiving a  Scoping Request is to consult statutory consultees and key stakeholders, to in turn draft, and issue, its Scoping Opinion to the Developer.In essence this is a check list of demands and requirements the developer has to fulfill to accompany any subsequent licence application to MS-Lot. 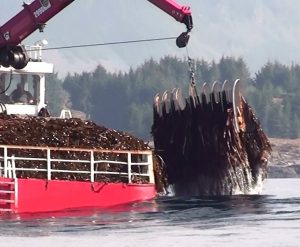 MS-Lot considered the current application area too large, and recommended the developer considered  ‘smaller areas‘. MS-Lot also recommended  that any re-submission of a scoping report  addressed the  site-specific ‘characteristics‘ of  each of such smaller areas.

8.1.3 The applicant is advised to note the representations raising concerns with
seabed effects and the method of removal and consider building in small scale trials
to prove the concept of the proposed methods in any future applications with
particular reference to the claims made relating to the avoidance of features, leaving
some stock in situ, how the comb interacts with the seabed or operates above the
seabed and longer term recoverability of biota.

8.1.4 The applicant is advised to review consultee responses relating to the
required detail of assessments and potential to tailor such assessments to specific
locations within redefined application areas and the potential to re-scope based on
such areas in line with Section 5.2 of the Wildweed report.

This does not mean MBL will go away. MS-Lot’s reference to ‘ the applicant is advised ‘ and to ‘consider’ ,indicates further hurdles that MBL will have to jump before it may lodge a licence application. 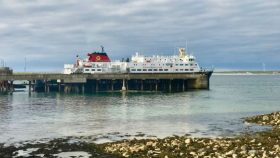 Early in the Clansman fiasco, Robbie Drummond (MD CalMac ), made a series of critical statements re the age of the CalMac fleet, ferry provision and ferry investment.

In May 2018 , Drummond  subsequently gave evidence to the Rural Economy and Connectivity Committee(REC). The REC’s collective ferry knowledge, as indicated by the interrogation of Drummond, was woeful . Subsequently the REC, to focus its budget scrutiny on investment to support Clyde and Hebrides ferry services, launched a survey to call for views on the level of investment by the Scottish Government(SG) in the Clyde and Hebrides ferry services. This also embraced the impact this has on the wider rural economy in areas served by these services.

This is the link to all the submissions,incl TCC’s  It also gives the summary of  responses to the REC’s on-line survey.

To the REC’s primary question:   Do you think the current and proposed level of investment in new ferries and port infrastructure is enough to ensure the resilience of the Clyde and Hebrides ferries network in future years, the universal response was an emphatic NO.

Equally to the Q : What level of priority should the Scottish Government give to funding Clyde and Hebrides ferry services within the overall transport budget, which also covers spending on other transport modes, including trunk roads, rail, aviation, buses, walking and cycling and low carbon vehicles? Please specify whether it should be high priority, medium priority or low priority and describe your reasons, the universal  response was:- HIGH  PRIORITY

It remains to be seen if this has any impact on SG’s Ferry Investment and Budget decisions.

This winter there has been a stream of media reports re CalMac’s unreliability .

The issue was an agenda item at the March TCC meeting, at which after considerable discussion and debate it was decided TCC would make a submission to the CalMac Community Board,  for its April Board meeting.

Mull’s submission is offered here for your reference